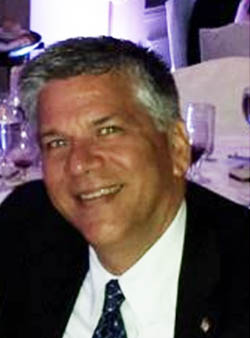 Bill Dunn arduously embarked on a career in Public and Community Service back in 1988 when he joined the New York City’s Department of Housing Preservation and Development and for over 31 years has been committed to helping the neediest New Yorker’s find safe and affordable housing. In fact, at the beginning of his tenure, he started and developed a program that provided over 8,000 Homeless Families with a new permanent home to live in.

Over the years of his career he has participated with creating and managing programs that helped the City’s budget either recapture lost revenue or provided much needed savings totaling over $3 Billion; and during the journey, discovering ways to provide affordable housing for over 100,000 families with an emphasis on preventing additional homelessness; especially for the elderly or disabled; that now includes American Veterans returning home from active service.

During this time, he was also able to find a way to give back to the community when he started becoming involved with Brooklyn and Queens CYO. Growing up in the Flatlands section of Brooklyn, his first experience with the CYO was playing Baseball for the Mary Queen of Heaven Little League from the late 60’s to the mid 70’s.

Understanding the importance of the CYO experience in the development of young people, he then ventured into coaching with the CYO in the early 80’s by volunteering to coach in the Most Precious Blood Parish Basketball Program. This experience taught him the value of game statistics and earned him the nickname “Stats”, long before data analytics became a popular vernacular in modern sports. It also provided him with an understanding of how to communicate with young players and the importance of paying attention to the details, including academic and family life.

Then in the 90’s after getting married, moving to the Rockaways and being blessed with 4 beautiful children, he took on the role of a soccer coach for the St Francis de Sales CYO, a sport that he never played nor even watched as a child. During his tenure he coached both of his daughter’s teams for over 20 fun filled seasons. Since he wasn’t experienced in the sport, he learned so much about developing strategies from friends who had coached the game and from on-line research. You might say the players and coach evolved with each passing game. This relationship worked so well, that those teams were often successful at the Diocesan level and won a total of 9 Championships.

But, little did he know what was waiting for him in the coming years.

In 2006, when the SFDS Soccer AD retired, the CYO Director at the time appointed him as the “New Soccer Director” and his Administrative career was off and running. With over 500 children and 25 teams, Soccer is the largest and most complex program to manage in the SFDS CYO. From building and maintaining the Soccer Fields at Fort Tilden to dealing with scheduling problems related to weather issues, this program often requires a lot of attention during the season.

Then, for good measure, in 2009, when the CYO Director decided to also retire, he was appointed to the position of “Volunteer” Director for all CYO Programs, also known as the Parish Athletic Representative or PAR, which includes 9 activities and 750 active participants; where he remains today and, as of January of 2020, he has now been part of the Brooklyn and Queens CYO as a player, coach or administrator for part of the last 7 decades. Additionally, based on the data, the SFDS CYO is currently one of the largest active programs in the entire nation.

Now that he is reaching the Autumn of his years, he is a proud member of the Graybeards Organization, a group that somehow morphed from being an adult basketball league to becoming so much more. Whether it is participating in a Food Drive, Wounded Warriors, Toy Drives or any of the other worthwhile activities, the work done by the organization has a profound impact on so many lives, including its members. And for that, it just seems so much more rewarding when you are ultimately doing it…for the “Love of the Game”.

Gail Allen and her children started the Richie Allen Foundation in memory of her son and their brother who lost his life on September 11, 2001. She is honored and overwhelmed to receive the Tom Ryan Memorial Award in his memory.

Richie Allen was born on February 26, 1970 and was the first of Richie and Gail Allen’s six children. He was the only child for a short period of time as his sisters, Judy and Lynn, soon came along. Being a traditional Irish Catholic household, the family continued to grow seven years later with Luke, Maggie and Matt... finally the Allen clan was complete!

Richie attended Saint Francis de Sales grammar school where he was both a student and an athlete. He attended Molloy High School where he joined the swim team. In no time at all, he was asked to dive for Molloy and quickly excelled in his new thrill-seeking sport. He broke a few diving records while at Molloy and earned a diving scholarship to the University of Maine. He eventually earned his degree from Saint Francis College where he continued to dive and broke records there as well.

Born and raised in Rockaway Beach, Richie had an innate love for the beach and ocean. While in high school and college, he lifeguarded in Rockaway Beach and then Riis Park. He loved this job as helping and protecting others gave him life. After college, Richie chose many different career paths: he started in film editing, was a school bus driver, substitute teacher for the DOE, sanitation worker and finally his dream job, a New York City Firefighter. On May 6, 2001, Richie started the Fire Academy. While the training was strenuous, he absolutely loved it and came home with stories every day. His probationary class was the first and only class where the FDNY decided to train in the field in different firehouses prior to their official graduation. Richie was assigned to Engine 4/Ladder 15 at South Street Seaport.

On September 9, 2001, Richie and his family were on the beach enjoying the last few days of summer. Richie, of course, was surfing, swimming and simply enjoying his “Heaven on Earth”. He went to work on the 10th and was looking forward to coming home on the 11th to surf the September waves he knew were coming. On the morning of the 11th, the call came in for the World Trade Center. Even though he was off duty, he jumped on the truck as an extra man and went to the Twin Towers. He never made it home to surf the Rockaway waves with his brothers and friends, but so many others did make it home because of his bravery.

Three hundred and forty-three firefighters were killed that day; fourteen from his firehouse alone; six probies from his class. On October 26, 2001, the six probies graduated from the NYC Fire Department posthumously.

The days, weeks and months following September 11th, 2001 were the darkest days for all of us. We learned Richie was in the North Tower and made it to the 35th floor. When they got the word to evacuate, Richie and his firefighter brothers appear to have made it as far as the lobby. On November 9th, 2001, we celebrated Richie’s life with a Memorial Mass. When some of his remains were recovered in January 2002, we were one of the fortunate families who were able to have a Funeral Mass and burial on March 11, 2002.

After 9/11, we saw and felt the love and support from so many people, especially here in Rockaway. After a year or so, my children and I talked about the best way to keep Richie’s memory alive and how to pay forward the kindness and love shown to us. Of course, we thought of a run or golf outing but those weren’t Richie’s passions. We decided the best way to honor him was to start an event sharing what he loved - surfing! The first surf classic was in 2004 and was very professional as was organized by the Surfing Association. While this was a great day, there was something that didn’t feel right; there was a disconnect. We decided to do a family beach day instead with a DJ, food and, most importantly, a surf contest for kids 16 and under. Every year the day ends with a traditional paddle out and throwing flowers in the ocean.

I love this day and feel Richie’s presence all day. Watching the young ones in the water doing what Richie loved, fills the void in my heart. There is no fee charged to participate in this day, but we do make money selling the Richie Allen Memorial tee shirts. Each year the shirt is a different color and design and each year we sell more than the year before. With the profit from the shirts, we can provide financial assistance to neighborhood families who are going through a tough time. To be able to do this in Richie’s name, makes me beyond proud. The first year we sold a couple hundred shirts and this year we sold 1,300 shirts. I’m not sure what it is about the shirts, but it seems everyone needs to have one which is great because the more shirts sold means more money to help others. I look forward to seeing the color and design my sons, Luke and Matt, come up with for 2020. Yes, I will be on the boardwalk once again selling the shirts and swearing I’m not doing a second order, which I always end up doing anyway.

I want to thank the Graybeards for this honor, and I am truly overwhelmed. Celebrating Richie’s life with family and friends and those children and adults that never knew Richie is what carries us through another year without him. On this day, we remember his bravery, kindness and gentle spirit. By honoring me, you honor Richie and allow his story to be told.